Music, theatre, and dance are central to human needs – and therefore, important areas of knowledge. Research at Statens musikverk (Music Development and Heritage Sweden) is the link between heritage and innovation.

Through scholarly-based activities of various kinds, from the daily work of registration, to advanced research, new knowledge and insights are formed. The results are disseminated to users and visitors by means of books, journals, on-line publications, recordings, and exhibitions. These materials provide inspiration for artistic works, and highlight the social relevance of cultural creativity. Additionally, through seminars and conferences, Statens musikverk acts as a forum for cultural studies discourse.

Staten musikverk’s collections offer obvious research subjects for scholars within the whole cultural studies field. The interdisciplinary expertise of the staff is also a valuable resource for the research community. Members of the staff are also involved in externally funded research projects, often in collaboration with academic institutions and schools of the expressive arts, both within Sweden and outside of Sweden.

The research coordinator supervises the scholarly activities at Statens musikverk. Part of the coordinator’s function includes outreach and the disseminating of information to universities and colleges, external research groups, and research funders, as well as staying informed about national and international academic activities. 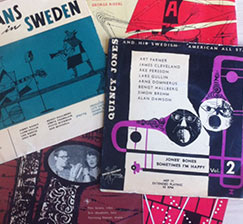 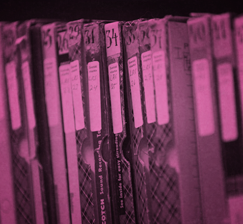 Research within Statens musikverk is built upon the traditions of the cultural heritage departments that make up the agency:  Scenkonstmuseet (Swedish Museum of Performing Arts), Musik- och teaterbiblioteket (Music and Theatre Library of Sweden), and Svenskt visarkiv (Centre for Swedish Folk Music and Jazz Research).

Scenkonstmuseet, formerly Musik- och teatermuseet, has a long tradition of research. From the beginning of the twentieth century, with its extensive collection, the museum was already an important centre for organological research (music instrument research) and attained an international position in the field. The set design and costume collection of the former Theatre Museum, which since 2010 has been a part of the Scenkonstmuseet, has long been a gold mine for theatre scholars. Read more about the museum’s history (in Swedish).

Musik- och teaterbiblioteket, formerly the Statens musikbibliotek, was originally the Royal Music Academy’s library. Its collections and archival holdings date back to the eighteenth century. The library has had a fundamental role in the development of music research in Sweden. Read more about the history of the library (in Swedish).

Svenskt visarkiv (Centre for Swedish Folk Music and Jazz Research) has, since it’s founding in 1951, been a centre for ethnomusicological research in Sweden. Activities also extend beyond Sweden’s borders via collaborations with other institutions within ethnomusicology, folk music, and jazz – and with sound archives, folklife archives, and universities in the Nordic countries and other parts of the world. Read more about Svenskt visarkiv.

Members of the staff of Svenskt visarkiv are active in a number of international scholarly associations: