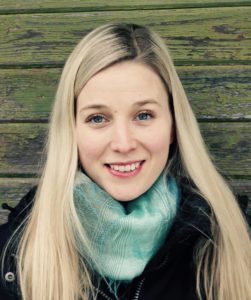 Karin Eriksson, PhD, is an ethnomusicologist and her main research interests include traditional musics and issues of cultural belonging, musical value production and cultural heritagisation.

Eriksson defended her doctoral thesis in musicology, Sensing Traditional Music Through Sweden’s Zorn Badge: Precarious Musical Value and Ritual Orientation, in 2017 at Uppsala University. The thesis investigates the multiple and contested spaces of belonging that may be evoked by ritualised musical performance. It makes an ethnographic case study of the Zorn Badge Auditions in Sweden, in which musicians play in front of a jury in the hope of being awarded a Zorn Badge and a prestigious but also contested title: Riksspelman. The thesis was conducted in collaboration with Royal Holloway, University of London and Svenskt visarkiv/Musikverket and was part of the research project Mixa eller Maxa: Om kulturarv identitet och folkbildning (Pluralize or Polarize?: Cultural Heritage, Identity, and Politics), 2011-2014. Since autumn 2018, Eriksson is part of the three-year research project Kreativa förflyttningar - musikaliska flöden i 1960- och 70-talens Sverige (Creative transitions: Musical Currents in Sweden in the 1960s and 1970s) and investigates issues of cultural transitions and creativity during the folk music revival.