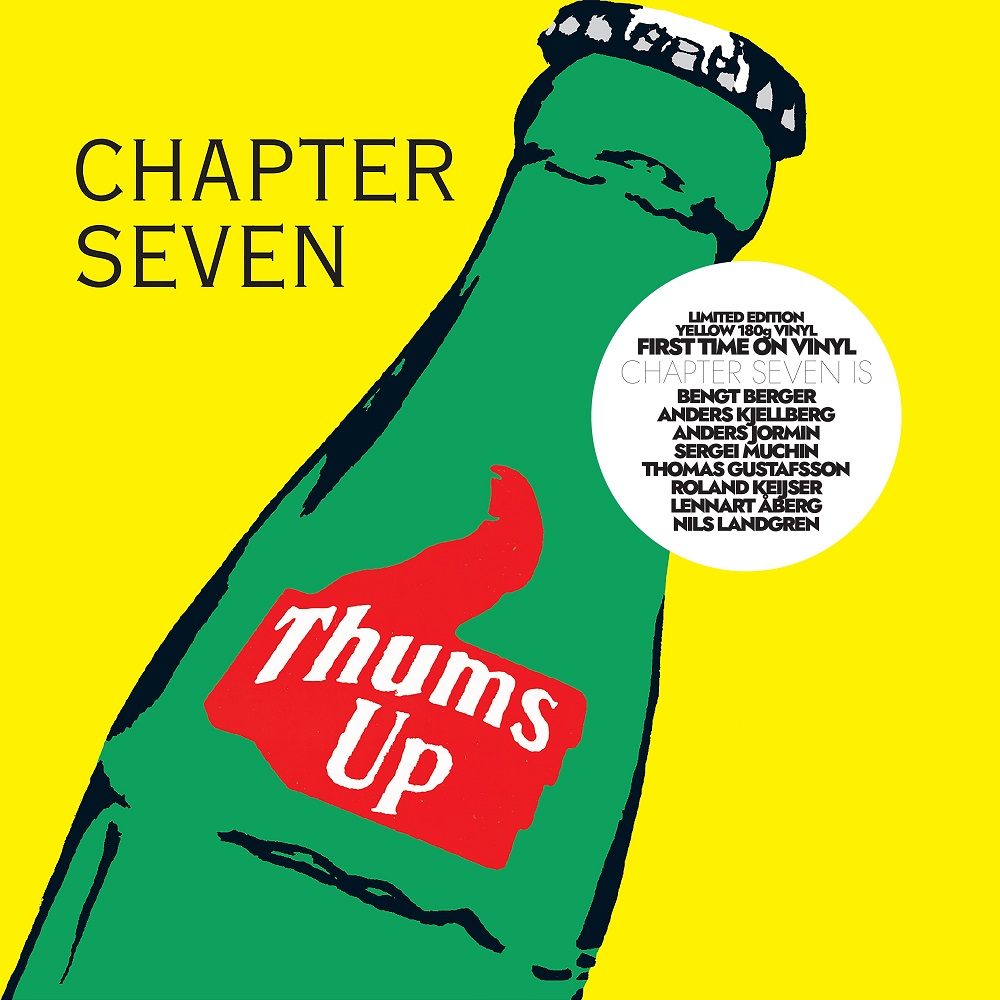 For the first time, the jazz group Chapter Seven‘s debut album is now being released on vinyl. It’s the second part of the project where the eminent saxophonist Jonas Kullhammar curates jazz recordings in the Caprice Records CD catalog for reissue on the jazziest format of all – the vinyl LP! This is how Kullhammar himself comments on this edition:

Bengt “Beche” Berger is undoubtedly one of the most formidable forces of Swedish jazz. Ever since the 70s, he has been involved in developing and renewing the music. You can hear him on albums with Arbete & Fritid, Rena Rama, Don Cherry, Bernt Rosengren and more, to name just a few in addition to all his own projects.

Beche is a true musical master who operates far beyond genre boundaries! He recently turned 80, but continues to work with an energy that makes a 30-year-old feel infirm.

Chapter Seven was formed by Beche, and among the members you will find further great trendsetters and heroes from the Swedish jazz scene: the saxophonists and pioneers Lennart Åberg, Roland Keijser and Thomas Gustafsson, the trombonist Nils Landgren who was at the very beginning of his magnificent career, the bassists Anders Jormin and Sergei Muchin, as well as Anders Kjellberg and Beche himself behind the drums.
Lennart and Roland recently passed away, so it’s extra rewarding to highlight their great playing on this album.

The album was released as one of the first records on Caprice Records that was NOT released on vinyl, but only on CD and cassette! Thus, it feels fantastic to finally hear and feel the record in vinyl format, 34 years later. A luxurious 180-gram LP in a special edition on yellow vinyl.


The 1988 Jazz in Sweden album was Chapter Seven’s Thums Up. The band’s founder Bengt “Beche” Berger, born in 1942, is one of Sweden’s foremost drummers and has played with/founded groups such as Arbete och Fritid, Rena Rama, Spjärnsvallet, Archimedes badkar and Bitter Funeral Beer Band, as well as played with musicians from widely different musical styles, such as Christian Spering and Jonas Knutsson. Beche has also studied North and South Indian tabla playing and West African music.

In 1986, he formed Chapter Seven, a group with an original composition inspired by West African music: three saxophonists, two bassists and two percussionists. All members of the band were and are leading jazz musicians, and one can rightly speak of a supergroup. They play their own compositions with an African and Indian touch. Songs by Ornette Coleman and Jacques Offenbach are also included, and frame the musicians’ improvisations.