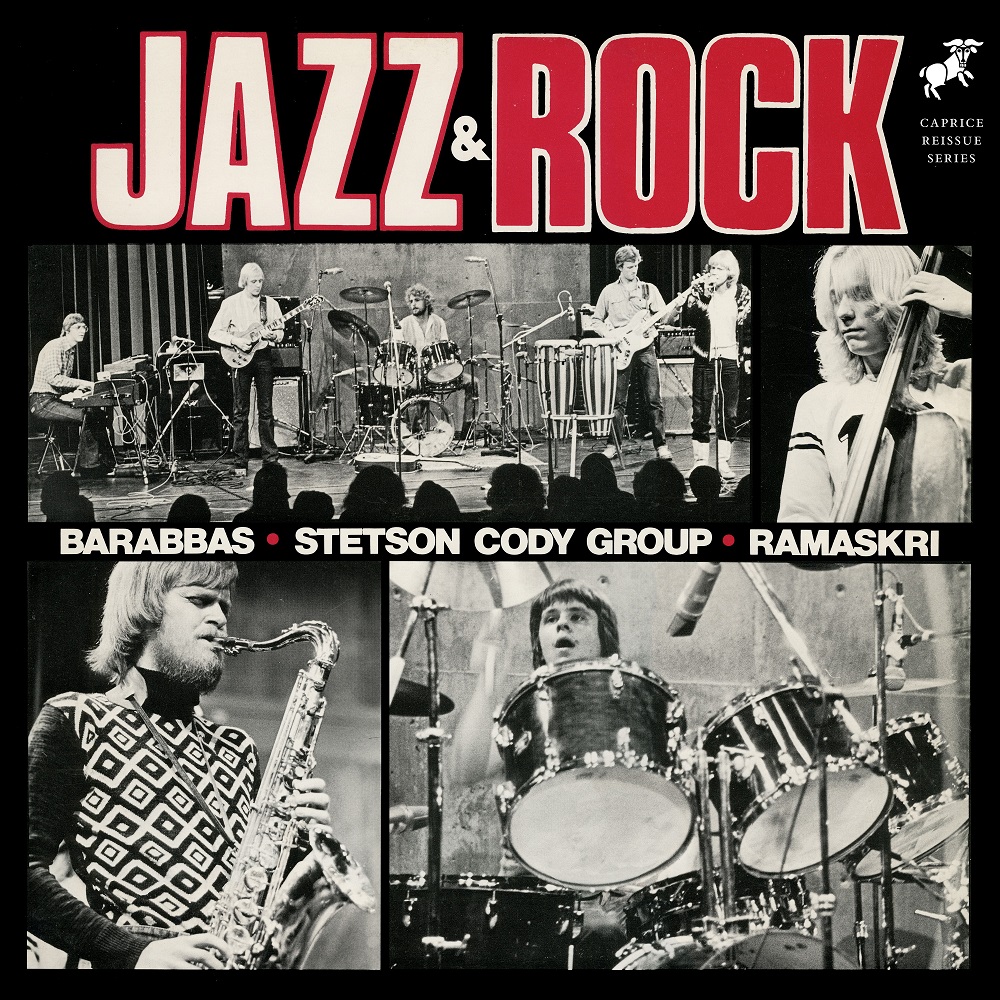 This album contains the music music of the bands Stetson Cody Group, Ramaskri and Barabbas, all of which were awarded Concert Sweden’s and Swedish Radio’s scholarship for new Swedish jazz and rock groups in 1978. These three groups, which were chosen by a jury, contained then relatively unknown musicians (some of whom later proceeded to long and celebrated careers in music) who had neither made recordings nor particularly many stage appearances. Here, they give a taste of the range and difference in expressions that fit within jazz and rock music.

The purpose of the scholarship was to promote new Swedish, improvised or collectively created jazz and rock music. The scholarship was meant, among other things, to arrange gigs for the groups, radio appearances in the program Tonkraft, as well as this collection album. The album was recorded at the three bands’ joint concert in Kulturhuset’s auditorium in Stockholm, December 9, 1978.


Stetson Cody Group from Umeå consisted of five musicians and started out in 1977. They played a kind of fusion rock that is mostly instrumental. The members wrote and arranged their music themselves and sought to make it easily accessible to the listeners. It can be mentioned that Kjell Löfbom later became songwriter and guitarist in eg. Noice and Europe, and today is more known by the artist name Kee Marcello.

Ramaskri came from Luleå, and was originally called Pyramid, a name that turned out to be already have been taken. Its five members began playing together in 1976. Rock music was the basis of their creative process, and the songs were provided with their own lyrics in Swedish. The music was created collectively, and the lyrics based on their own experiences and impressions from everyday life.

Barabbas was founded in 1975, in Karlstad, and performed mainly their own compositions. Their distinctive feature was modern jazz influenced by different styles from the 60s and 70s, combined with elements of Eastern folk music. The members played full time and also appeared in other groups.