Music by Xenakis, Tanaka, Andersson, Donatoni and others 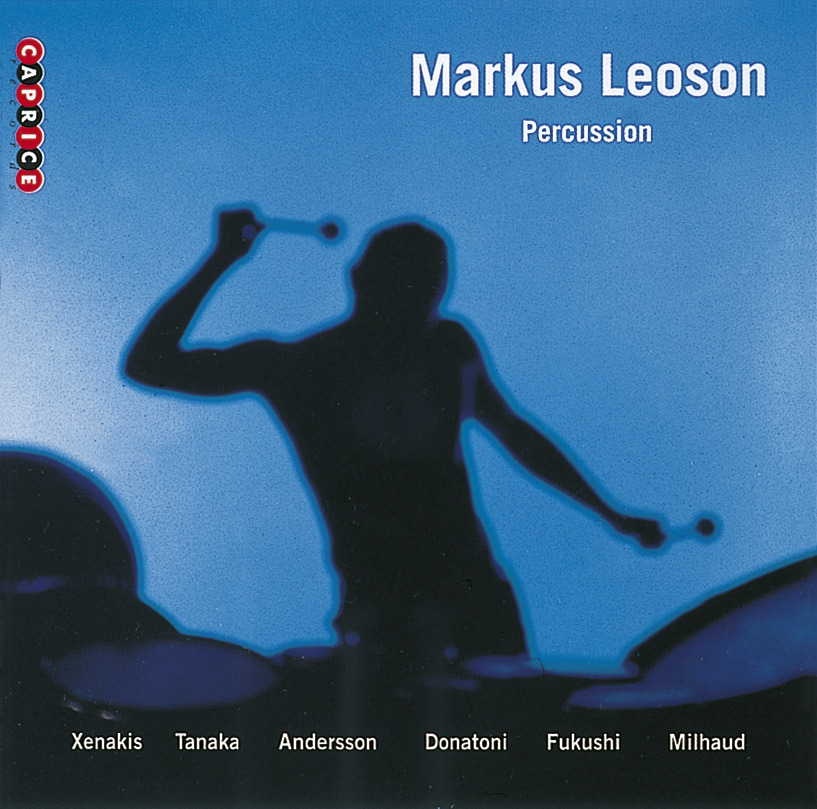 Prof. Markus Leoson, born 1970 in Linköping, Sweden demonstrated an early interest in, and aptitude for, percussion. He was admitted to the Royal College of Music in Stockholm at the tender age of 15 and graduated four years later. In 1990 he was taken on as a percussionist with the Royal Opera Orchestra, 1991 he was employed as solo timpanist at the Danish Radio Symphony Orchestra but returned to the Royal Opera Orchestra where he became solo timpanist 1993 and stayed there until 2008 when he was appointed professor at the Franz Liszt Hochschule für Musik in Weimar, Germany.

Today he is an internationally sought-after solo percussionist but also gives frequent master classes at music colleges and festivals.

For the season 1996-97 he was appointed Artist in Residence at the Swedish Radio and did both concerts and several radio recordings. His debut concert in the Berlin Philharmonic Chamber Hall in June 2000 was broadcasted on German and Swedish radio.