When making music, a group of people can feel a strong connection and attachment without ever finding out if they have something in common beyond these feelings. Music is an important part of human identity, for both individuals and groups. Our social identities are based on cultural expressions such as language, food, clothes, music and dance. Music communicates ideological messages, whether we are aware of these processes or not. The relationships between lifestyle, interests and cultural identity seem to be deeply rooted.

An often-used example is the singing football crowd that at the time of affection shares a strong feeling of community, while most of them only meet in the context of football.

Prison songs are another example of a repertoire connected with social identity. The genre has emerged in contexts characterised by social marginalisation. Typical of the genre is that the song texts deal with the situation of people in exclusion.

In many ways, the prison songs resemble musical expressions of other marginalised groupings in society.

The texts in this presentation are based on Dan Lundberg’s book Singing through the bars.

In the mid-1960s and early 1970s, Svenskt visarkiv [The Centre for Swedish Folk Music and Jazz Research] — within the framework of two separate documentation projects — recorded songs in Sweden’s prisons. The first project aimed to document the repertoire of prison songs that had been a tradition in prisons — a tradition which collectors felt might be dying out. One of the sources of inspiration was a Danish song collection project among Copenhagen’s tramps and dossers, a project which led to the book Prinser og vagabonder [Princes and Vagabonds] by Anders Enevig in cooperation with Dansk folkemindesamling. There were several explanations as to why the prison song traditions were disappearing. The correctional treatment system was in a process of change: amongst other things, prisoners had greater opportunities to engage in leisure activities. New media — and access to them, even when serving time — also contributed to changes in the way of using music.

The prison songs genre is, to say the least, varied. In addition, it might not even exist in today’s prisons. On the other hand, there are lots of signs that rap music has today in many ways taken over the functions that prison songs had in the 1970s. The most natural thing to do is perhaps to regard songs about life as a prisoner as the core of the prison songs genre. It is, however, hard to draw a border between these songs and other kinds of songs that have been sung in prisons. Many of the informants who have been recorded for the archives have had a rather broad repertoire of older popular music, religious songs, and folk songs. A central part of the genre nevertheless consists of songs with lyrics about prison life, and about longing: a longing for love, for mother and father, and of course, for freedom.

The Metronome record company released in 1964 the LP Tjyvballader och barnatro [Thief Ballads and Childhood Faith] with the group Jailbird Singers. The LP became very popular, and two of the songs ended up in Sweden’s Top 10. In this period, people became increasingly interested in prison songs, and the MNW record company released the LP Kåklåtar in 1972, followed by Konvaljen in 1975. The first MNW record featured a number of artists, whilst the second was a solo album with one of the singers on Kåklåtar: Lennart “Konvaljen” Johansson. This new interest in prison songs was in part due to the political currents of the 1960s and ’70s, and the sleeve of the Kåklåtar LP displays an unequivocal ideological message. Part of the album consists of new songs with a clear political view. These prison songs became part of the struggle for better conditions in Swedish prisons. Yet we also find an older category of songs with a different character. The recordings in the Svenskt visarkiv’s prison song collections are a mixture of older popular and folk songs, and also songs whose lyrics are about prisons and the everyday life of prisoners. In the latter category, we find songs about what inmates miss, about longing and disillusion — but also jocular and erotic songs.

The front sleeve of the LP Kåklåtar from 1972. A work by the artist Bosse Kärne entitled “Jag har fastnat i straffmaskinen” [I got stuck in the punishment machine]. 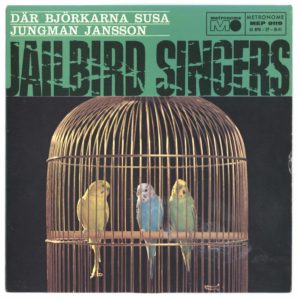 The sleeve of an EP with material from the LP “Tjyvballader och Barnatro” [Thief Ballads and Childhood Faith] by Jailbird Singers (MEP 9119). The — to say the least — symbolic sleeve photo was taken by the record company Metronome’s photographer Bengt H. Malmqvist. An interesting detail is the naming of the provenance of the birds: “Budgerigars and cage from Axel Cohn’s successor.” 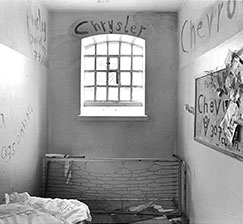 What are Prison Songs? 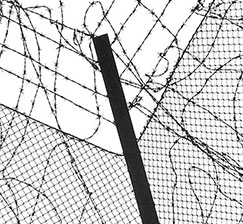 On the Term “Kåklåt” / clink tune 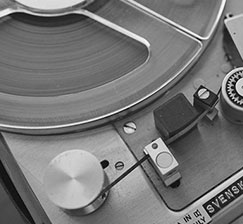 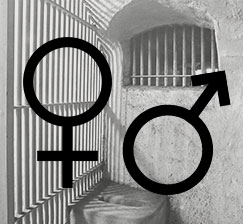 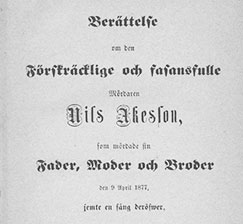 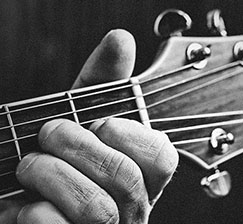 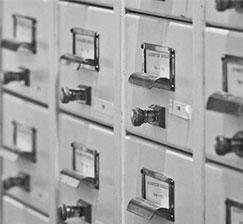