Analysis of the Songs

A brief look at the songs in Svenskt visarkiv’s collection shows that they can be divided into an older and a newer repertoire.

To put it simply, in the older repertoire it is often the prisoner as an individual who speaks. The prisoner is the “I” of the song, speaking in the first person singular via the song’s text and expressing suffering, longing and regret. This individual manner of expression is present to a high degree in the older songs — the designation “older” refers, in this case, to those songs originating from before the end of the 1950s. This individual form of address is found, however, also in prison songs from the 1970s and this implies that a purely chronological division is unreliable. In the latter-day repertoire, which emerged in the 1960s, there is often (though with many exceptions) a political message and criticism of society. To generalise slightly, one might say that the text and the song speak for the collective “prisoners”. Yes — many of the songs are written by an “I”, but the message often portrays a situation that applies to prison environments in general. This part of the repertoire fits well into the ethnologist Alf Arvidsson’s song text category “the misfit”, a person who deliberately takes up an outsider position to use it to criticise society. A palpable example of this is Lennart “Konvaljen” Johanssons “Tack för vården” [Thanks for the care]:

Thanks! Thanks for care and rest,

Thanks for teaching us to shoot

And contributing to our brokenness.

Thanks for empty days.

While we atone for our crimes.

Thanks for all the isolation cells.

Isolation cells where we build our castles.

Konvaljen speaks for the collective of prisoners when he ironically thanks the correctional treatment authority for the care given — and accuses it of breaking prisoners rather than healing them. An interesting observation is, in addition, that the language in the newer repertoire contains more examples of prison lingo. One might expect the opposite: that addressing the general public beyond the prison walls would involve an adjustment of the language, leaving out prison lingo that would be difficult for outsiders to understand, but this is not the case. This can be interpreted, too, as an expression of a stronger feeling of “us”. One speaks via the language for the collective, and the language creates identification and authenticity. An example of this is another song by Konvaljen:

Now I take my eight P to whip up the rapids,

I sit here on the steps of our Stockholm’s Place Pigalle.

But I have nix pad for the night.

In “Tji kvarten för natten”, a newly-released jailbird tells of how he sits on the steps of Stockholm’s Concert Hall with nowhere to go and nowhere to sleep. He has drugs (eight P = preludine) to console himself with and hopes he can rob a passer-by. In the final verse of the song, the police arrest him, which he sees as something positive — a chance of shelter for the night. The text has several words typical of prison lingo — “torsk” [literally, “cod” — but also someone who loses on a deal or in a match, or a prostitute’s customer] “kvart” [pad] and “tji” [nix] — and through these, the singer signals his outsiderness in relation to society and his insiderness in relation to the group “jailbirds”.

In Dan Lundberg’s book Singing through the Bars. Prison Songs as Identity Markers and as Cultural Heritage he divides the genre into two sub-groups mostly based on the positioning and intention of the song’s sender. He chooses to use descriptive titles for the categories: “the Voice of the Individual” and “the Voice of the Collective”. The first group is based on the older kind of repertoire in which the prisoner speaks in the song as an individual. There are many examples of songs in this category even among the newer songs, and it is, therefore, reasonable to refer to this as an “older song or repertoire category” rather than an older repertoire. The same applies to the Voice of the Collective. Typical of this category of songs is that they speak for prisoners as a collective and most of the songs that belong here are written from the middle of the 1960s onwards. But there are — as in the first category — plenty of exceptions to this. 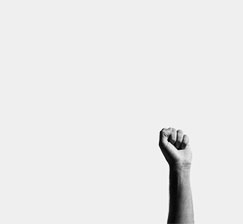 The Voice of the Individual 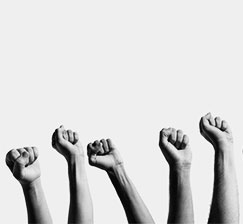 The Voice of the Collective