The Heritage of Wilhelm Stenhammar 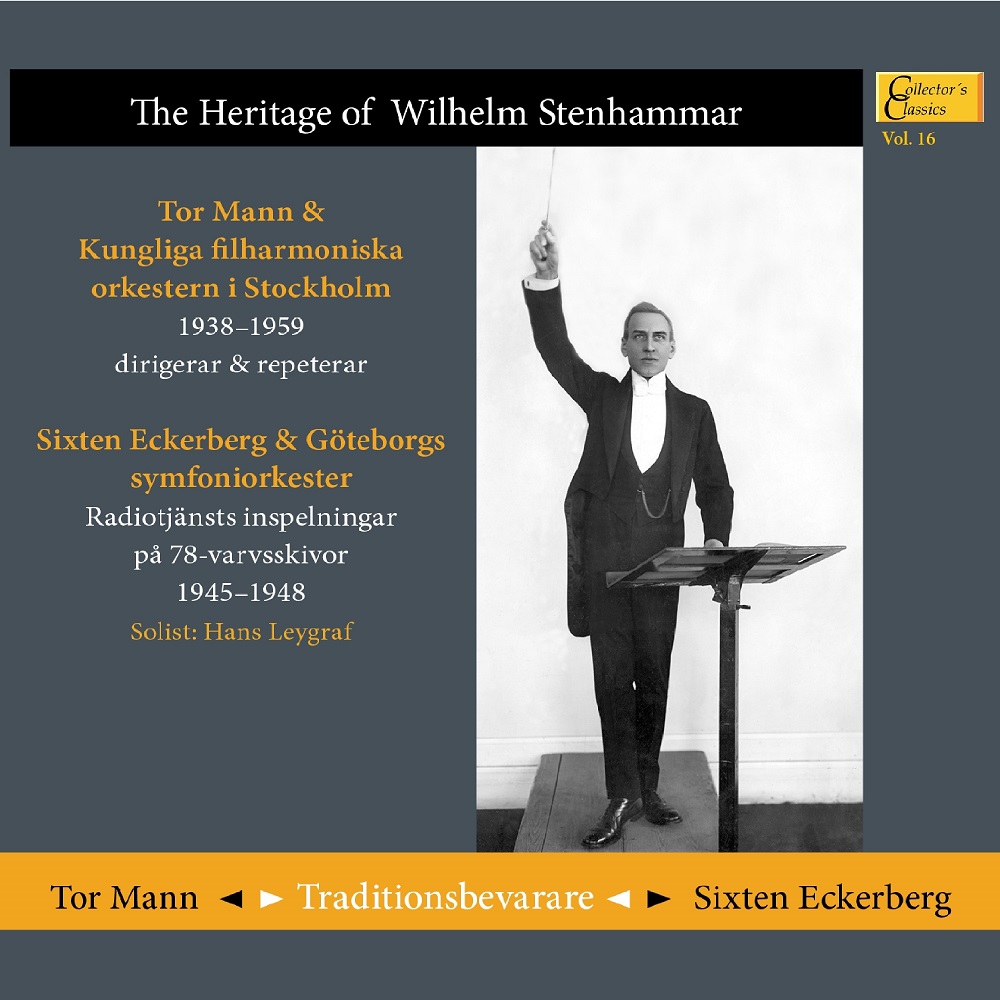 The great Swedish composer Wilhelm Stenhammar can be heard as an accompanist on recordings with John Forsell, and as a soloist on a few piano rolls, but never as a conductor. However, his successor, Tor Mann was recorded while rehearsing and performing the famous 2nd symphony, and the Serenade, works he himself experienced under the composer’s baton as an orchestral cellist. Sixten Eckerberg succeeded Tor Mann, and together with the Gothenburg Symphony and pianist Hans Leygraf, he made the world premiere gramophone records of Stenhammar’s important orchestral works.

Wilhelm Stenhammar stood just once in front of a microphone. Gothenburg Symphony Orchestra gave a radio evening concert with him as a piano soloist. Thus, after the news on Sunday, June 13, 1926, the Swedish people could in their headphones listen to how a multifaceted celebrity musician was playing along with his old friends. It was a prematurely aged 55-year-old who probably did not do very well – last spring Stenhammar had suffered a first brain haemorrhage, from which he had not yet fully recovered. And this was his last concert.

Despite the stroke, Stenhammar had tried just over three months earlier to pick up his abandoned baton in the Gothenburg concert hall and to end his career as an orchestra fosterer in a dignified manner. A year earlier, he had conducted his last opera performance, Donizetti’s opera The Daughter of the Regiment, which ended the Royal Theater’s school concert on February 15, 1925.

The radio was still in its early days during Stenhammar’s last years, but the gramophone industry was up and coming, although it would take some years before the record companies felt ready to bring their long-awaited microphones to the concert halls and record symphonies and other major orchestral works.

If he himself had insisted on being recorded, it probably could have been arranged, but no one thought of it. Compared to Denmark, the Swedish record market was too small and the gramophone medium too undeveloped. Thus, second-hand information is all there remains of Stenhammar’s conducting skills, such as newspaper reviews and a few sounding testimonies in the form of recordings of his works, which preserved memories of how he used to perform his works.

For now, there has been only one main musical witness. His name was Tor Mann. In 1922 he was named the second kapellmeister for the Gothenburg Symphony Orchestra, and from 1925 chief conductor and artistic leader until 1939.

His knowledge, at least, enabled his employer Nils Castegren to make the best use of his skills. As music director during Sweden’s Radio’s thriving musical folk music period, it was Castegren who ordered to record and archive Tor Mann’s rehearsals with the orchestra (the current Royal Philharmonic Orchestra in Stockholm) which happened to coincide with Tor Mann’s 65th birthday. In other words, the day when it was time to leave his public mission, which he had been sustaining with brilliance and enthusiasm for twenty years, namely to plan for and conduct the later Royal Philharmonic Orchestra’s major radio concerts.

We also have Tor Mann himself to thank for utilizing his influence at the Radio Service by ordering recordings of his performances of Stenhammar’s orchestral work. It is these that fill three of the volume’s four CDs.

Conductor Sixten Eckerberg was Tor Mann’s successor. He was hired in 1937, the same year that Nils Castegren became head of the radio’s gramophone archive. Later, on December 17, 1947, the radio made the first commercial gramophone recording of Stenhammar’s G Minor Symphony. The symphony had already directed Eckerberg several times so mentally he was well prepared.

The fourth and final record of the sixteenth volume of Collector’s classics is intended to be a memory of a musician who deserves a better reputation. He gave more than six hundred public concerts with the Gothenburg Symphony Orchestra and at least two radio concerts a week from 1937 to 1969 with the said orchestra under the name Gothenburg Radio Orchestra. During his lifetime, the piano soloist, accompanist, and conductor Sixten Eckerberg must have performed at least a thousand concerts in Sweden as well as guest appearances in Eastern and Western Europe, USA and Mexico.

If we consider these four CDs as the last links to Wilhelm Stenhammar as a conductor, then the two conductors represent different aspects of musical local history. While Sixten Eckerberg’s recordings with the Gothenburg Symphony Orchestra is a late reminder of the master’s work with the orchestra a quarter of a century after he left it, the recordings with Tor Mann represent a personal responsibility for a private Stenhammar tradition that moved with Mann to Stockholm, and with the help of the radio spread throughout the country. Hopefully, these recordings will revitalize the traditions.