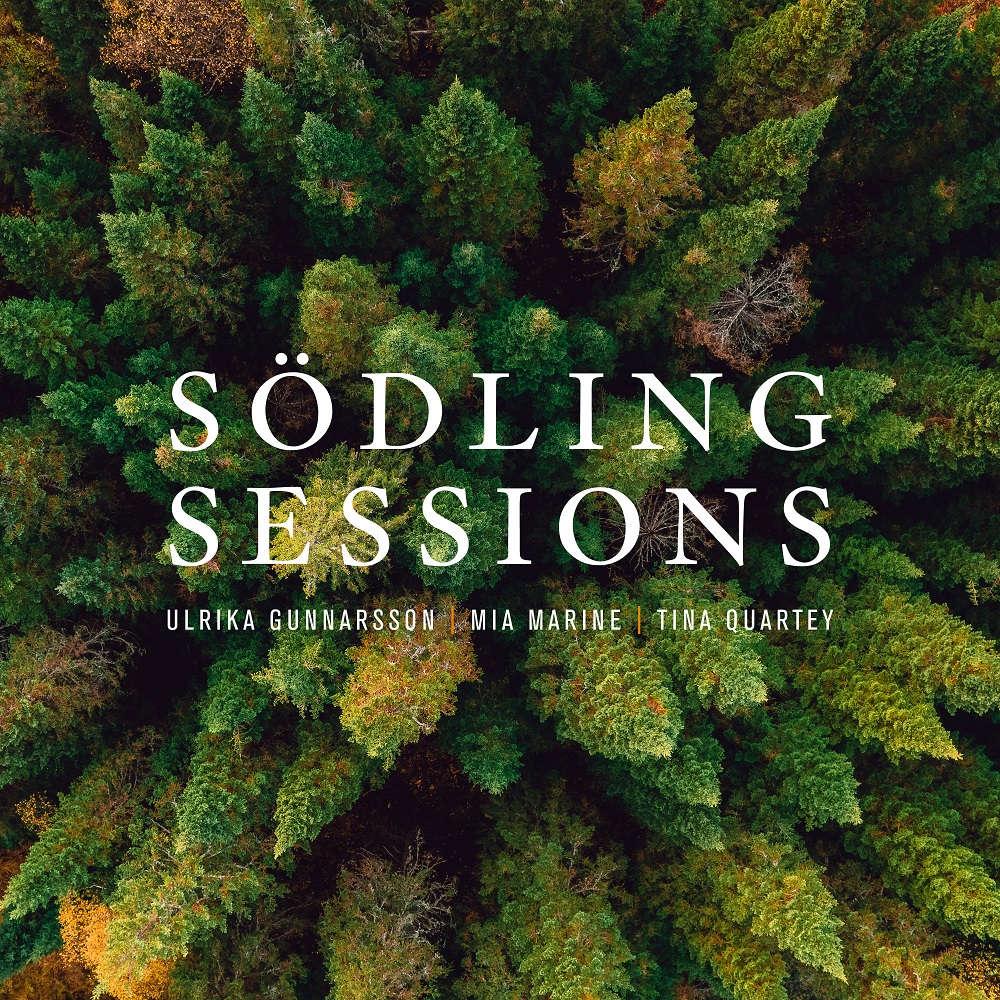 
Ulrika Gunnarsson, vocals
Ulrika is a folk singer with a large repertoire of music from Småland as her base, with a specialized interest in trall (lilt singing). For many years, she was member of the long-standing group Sågskära, lilting in a trio with Esbjörn Hazelius and Anders Löfberg, and also performs with Jonas Åkerlund. Ulrika is also a cherished educator who has taught at several folk- and music colleges in Sweden and abroad.

Mia Marine, fiddle
Mia is from the Värmland province and has made a name for herself both as a prominent musician and an inspiring educator. She tours around the world, writes and arranges music, publishes music books and teaches at the Academy of Music and Drama in Gothenburg, the Ingesund College of Music and Malung’s folk college. For example, you may have heard her in the bands MP3, Marin/Marin, Lena Willemark’s Blåferdi, Marin&Roswall, or Ulrika Bodén Band.

Tina Quartey, percussion
Tina is the pioneer who brought in Brazilian and Cuban percussion and translated it into Swedish folk music, i.a. in groups such as Filarfolket and Groupa. She has collaborated with many famous musicians in the field, such as Mats Edén, Mari Boine, Lena Willemark and Ale Möller. In 2018, she debuted as a poet in »I Took a Quantum Leap of Faith and Fell«. In 2020, Tina was named Tradition Bearer of the Year at the Folk and World Music Gala.

Carl-Erik Södling (1819 -1884) is a fascinating original in the history of Swedish folk music. He was a skilled collector of hymns and tunes, with an eye for the small details in music. Södling was active as music and gymnastics director in Västervik, and for a period worked as an organist in Buenos Aires, Argentina. Curiously, Södling had rather overly grandiose ideas about the cultural & historical significance of Swedish folk music in Europe and South America. He was attached to the Royal Academy of Music, but his ideas were too wild to be published. His surviving manuscripts contain about a hundred hymns and songs of great interest and value.

This is how Ulrika Gunnarsson herself writes about the discovery of Södling and his collection, as well as the inspiration for this new album:

I first came into contact with Carl Erik Södling’s collection in 1994 when I was an intern at Småland’s Musical Archives. I remember standing and copying page after page of shapeless A3 papers. Since then, I’ve dug into the collection from time to time. When I studied at the Academy of Music in Malmö, I went to Stockholm and sat at the Centre for Swedish Folk Music and Jazz Research to look for more verses for the songs. There were many dead ends but also great finds. The songs in the collection usually consist of only one verse. Since Södling was one of the early collectors, there is sometimes no other variant of the same verse. Over time, the songs have been lost and the lyrics with them. It takes a lot of time to find nuggets in original collections. Once you have succeeded in deciphering notes and handwriting, making a true find, you must learn the melody, figure out the context of the song and find more text – or write new verses. It is true detective work that is both fascinating and fun. Södling was a very unusual person and certainly quite complicated to relate to. Imagine being able to have followed him around during his collection travels! Several of his sages lived under simple conditions, in a completely different time period. You could hear the master singer Plut at Västervik’s poor house or stroll through Unnaryd and listen to carols in every other cottage!

Over the years, I have included some of Södling’s recorded treasures in the repertoire and recorded them. There is so much material and unusually good melodies that I have long nurtured a dream of dedicating an entire album to Södling. When Södling Sessions received funds to delve into Södling’s collection, the project could finally begin to take shape. Together with my eminent fellow musicians Mia Marine and Tina Quartey, we have dressed songs and tunes in a new style with the unusual setting of voice, five-string fiddle and mixed percussion. You’re welcome – a bunch of 19th century songs à la 2022!