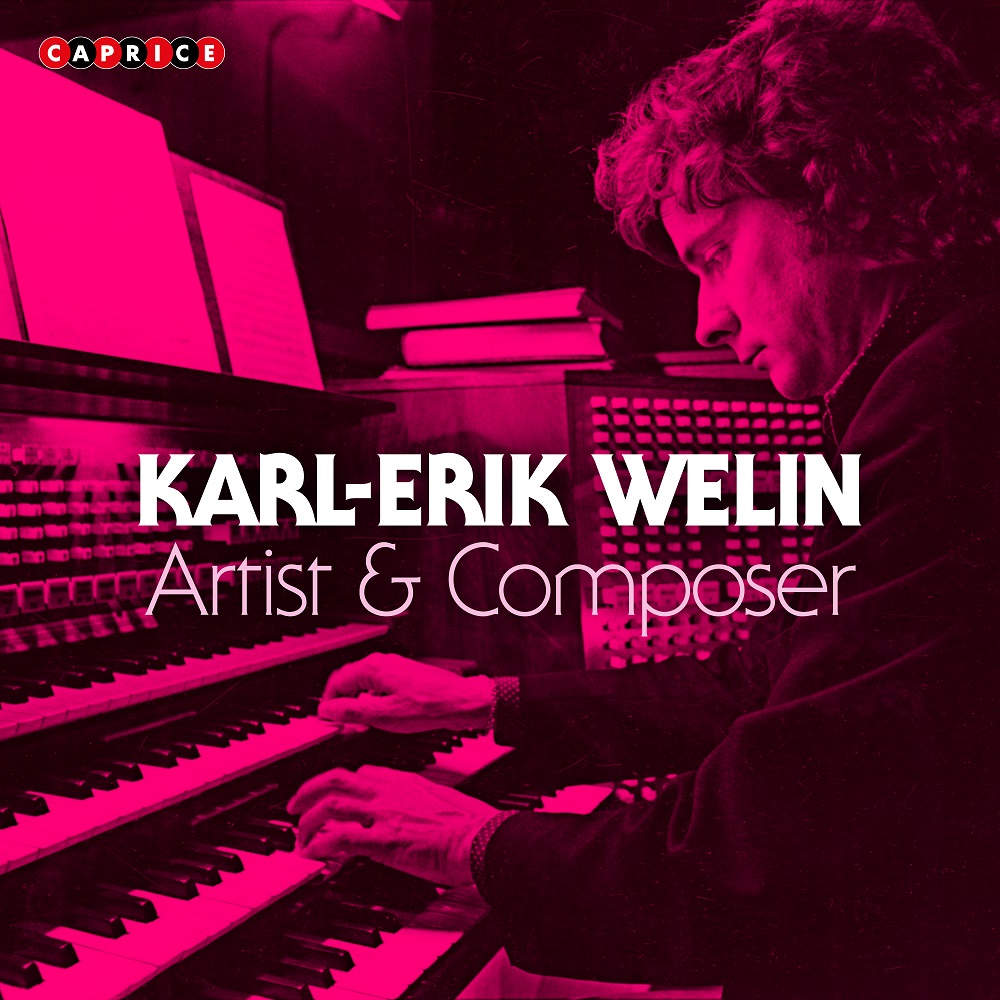 It is definitely about time that a collection edition with one of Sweden’s great 20th century composers, Karl-Erik Welin (1934-1992), is released. Here, Caprice Records has collected all the recordings we have where this true multi-talent participates as a composer – and artist. The repertoire varies widely, from bombastic organ sounds to a lone cello, from a quiet chorus to a humming chamber ensemble. In this way, Karl-Erik Welin’s immensely multifaceted musical legacy becomes clear to anyone who listens – and, above all, why it deserves more attention than it has received so far.

The organist, pianist, and composer Karl-Erik Welin was a rather contradictory personality. On one hand, one of the most renowned interpreters of the avant-garde music of the 1960’s – and at the same time a much compromising and pragmatic composer.

Welin was born in Genarp in the south of Sweden. He showed extraordinary music skills at a young age, and after conducting organ studies in Lund, he moved to Stockholm to study at the Royal College of Music, where he studied organ playing under Alf Linder, and composition under Gunnar Bucht and Ingvar Lidholm.

At the time, Stockholm was positioning itself as an important city for avant-garde music, a school with origins in Darmstadt in Germany, with important pioneer composers such as Karlheniz Stockhausen and John Cage. In Stockholm, the avant-garde community gathered at Fylkingen. Their concerts usually took place at the recently opened Moderna Museet. Welin soon joined this group of cultural radical musicians and artists.

During this period, Welin started to study for the avant-garde pianist David Tudor in Darmstadt. When performing, Tudor did not only use the keys but the whole piano as a sound source.

Together with a fellow avant-gardist, Bengt Hambræus, Welin experimented with organ music, exploring completely new sounds of the instrument. He soon became an internationally requested interpreter of contemporary organ music, as for example György Ligeti’s Volumina.

Welin, as many others in the community, was inspired by the fluxus movement, an avant-garde art movement that was engaged in experimental art performances. In 1964, Welin held an unforgettable performance concert at Moderna Museet in which he was hurt by a chain saw while performing. He became a virtuoso also in this field.