Clavierists at the Organ in 18th Century Sweden 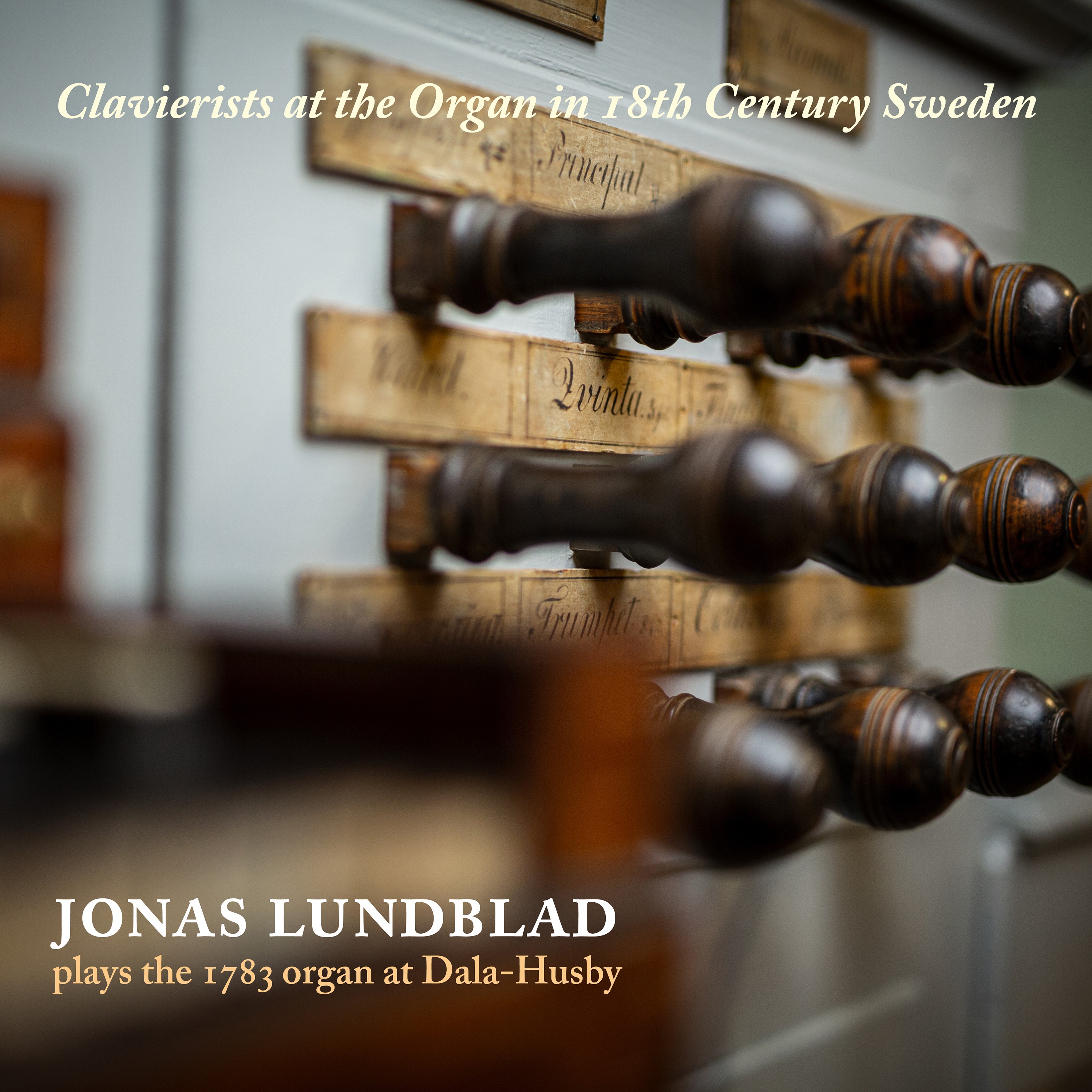 It’s the early days of spring of 2020, and Caprice Records now releases the album Clavierists at the Organ in 18th Century Sweden with organist and musicologist Jonas Lundblad, who has made a deep dive into the more mysterious musical practices of the 18th century. The album is available on both CD and digital formats.

Swedish church music of the 18th century has often been described as enigmatic. This recording is a modern portrait of the music that Swedish clavier players might have carried to the organ in the second half of the century. Since hardly any Swedish music of the time was written exclusively for the organ, we must rely on few historical sources of music that were sung and played in the churches, for a sense of the possibilities. The selection offered here is largely a work of reconstruction, and except for a short movement by Roman, none of this repertoire has been recorded before, at least in this form for organ.

Another difficulty is to work out how to play the organ in a historically informed performance practice. At the same time, a number of important organs from 18th century Sweden are well preserved, especially from the end of the century. Recordings have been made on several of them, but most often with German repertoire performed, for example, music by Johann Sebastian Bach and his disciples.

Instead of just looking for specific music written for the organ, Jonas Lundblad started with information about how keyboard music was played on different instruments. Musicians practiced and played at home on the keyboard (or “clavier”), or in some more affluent households, they could perform at the harpsichord, while organ playing in the churches was a good source of steady income. On this album, there is Swedish music or music by foreigners who worked in Sweden. This is about clavier music that was definitely meant to be played also on the organ, or music that is naturally suitable for it. Almost the entire repertoire has been recorded for the first time, at least in the original versions and arrangements that can be heard here.
There is the opening movement from Johan Helmich Roman‘s famous Drottningholm Music, two concertos by Johan Agrell, and fugues by the master improvisator Hinrich Philip Johnsen and from the Gustavian era one can hear pieces by Johann Gottlieb Naumann, Joseph Martin Kraus, and Georg Joseph Vogler – the first traveling organ virtuoso in Sweden.

Jonas Lundblad is an organist and musicologist. He studied church music in Malmö, Lübeck, and Piteå, specializing in organ interpretation. A prolific freelance career performing both as an organ soloist and with choirs and orchestras has taken him to countries across Europe. When choosing repertoire, he looks mainly to the Romantic era and to new music and enjoys delving into the sources to discover unknown or forgotten works. While a student for Hans-Ola Ericsson, he performed the complete works of Olivier Messiaen. Since then, the music and mental landscape of Messiaen have remained one of his central influences.

As a researcher at the Department of Musicology at Uppsala University, Lundblad engages with historical musical aesthetics in a variety of ways, exploring connections to both philosophy and theology. A particular interest is German Romanticism, especially the aesthetics of Friedrich Schleiermacher. 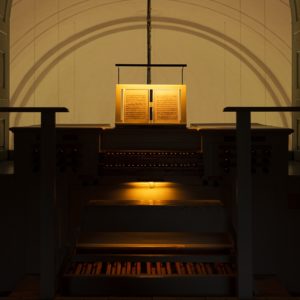 The Organ at Dala-Husby church is Sweden’s second-largest preserved 18th-century organ, next after the famous Cahman organ at Leufsta Bruk. Completed in 1783, it was built by the church’s own organist, Nicolas Söderström (1730–1810). A former apprentice to the prominent organ builders Gren & Strahle in Stockholm, Söderström had received a royal privilege to build his own instruments. Perhaps his personal investment in the project explains why the Husby organ is so unusually splendid for a rural church. The organ was retired from service in 1936, but was preserved and could be restored and returned to service in 2011. Söderström’s technical solutions were occasionally idiosyncratic, something that affects the touch of the keyboard as well as the wind system and the timbre of the pipes. Yet the combination of a classic plenum, distinctive reed stops, and empfindsam, pre-Romantic solo stops also make the Dala-Husby organ one of the most important organs of Sweden’s Gustavian era. Moreover, the lack of an independent pedal division makes it an ideal organ for recreating the practice of the clavier-players: complementing music written for the hands with the flexible use of the feet

The organ stands firmly in the middle of the rift between the crisp and strong sound of the Baroque, and the more emotional ideal of early Romanticism. For the first time, this musical cultural heritage will now be available to listen to for both a Swedish and international audience. 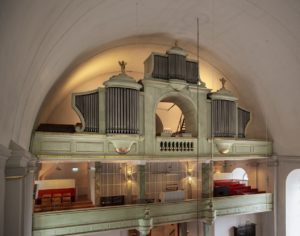