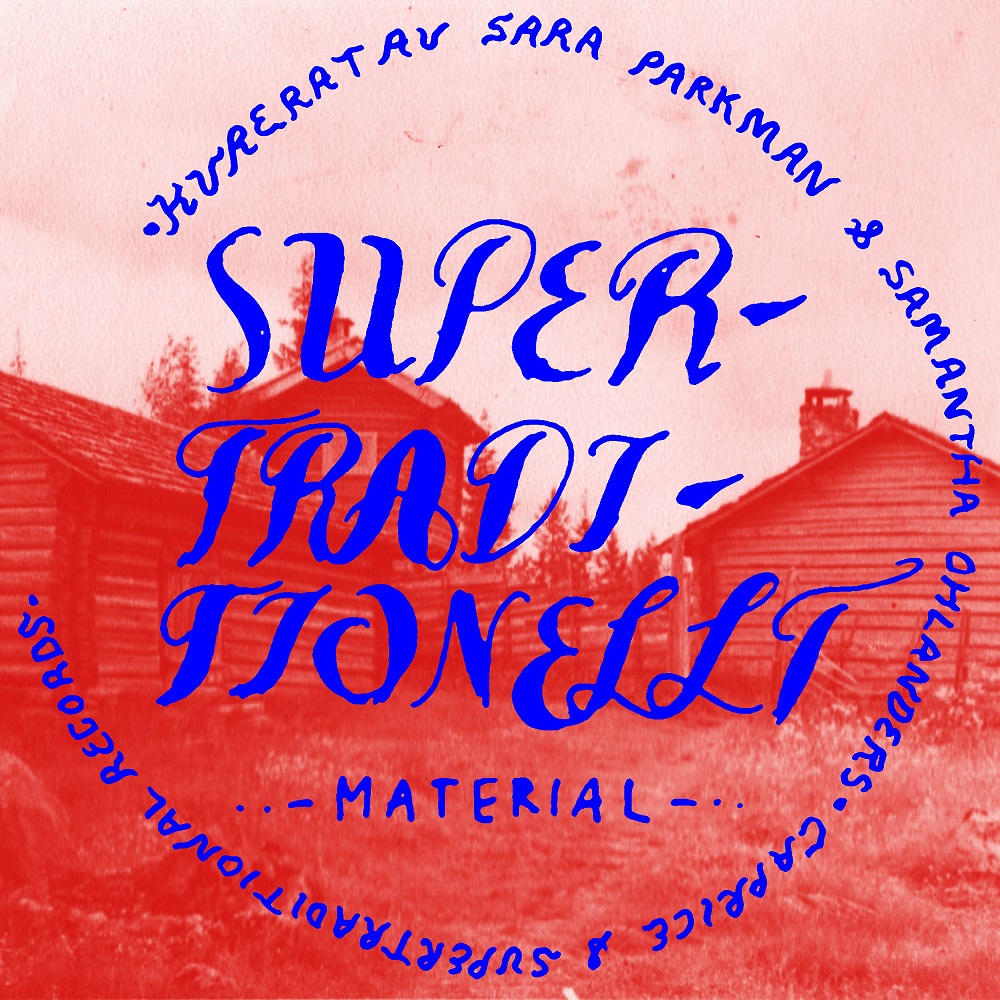 As a music archive, it’s always a wonderful feeling when you can contribute to the innovative forces of musical life. And it is precisely this, being a resource and inspiration for performing musicians, that separates music collections from other archives. When we at Caprice Records asked folk musicians Sara Parkman och Samantha Ohlanders if they could curate a compilation of their musical role models, it was that process we wanted to highlight. Through this production, we get an insight into what these curious and innovative musicians have been inspired by in working with traditional recordings. Here’s what they say about their selection:
Supertraditionellt Material is a selection of music from Caprice Records’ solid catalogue, curated by us, and released in collaboration with the record company Supertraditional. A catalogue which, in itself, is based on the desire to archive, preserve, record and distribute people’s music.

By going through the catalogue and taking the liberty of choosing what should fall under the category of “super traditional material”, we follow in the footsteps of many generations in folk music – shaping history is always a selection based on both one’s own and the preferences of the time.
In our joint effort, we have worked a lot with the music that comes from the fäbovallar – Scandinavian shielings – the matriarchy that, for hundreds of years, shaped Swedish agricultural history, both through its tangible work with the animals, but also with its music, which moves us right to the core to this very day. The fact that we have chosen to start and finish Supertraditionellt Material with herding tunes in particular – a recording with Tjugmyr Maria from the first half of the 20th century, and a recording from Djuptjärn from the end of the 20th century – thus becomes a clear framework and manifesto for our, Sara’s and Samantha’s, agenda for how we choose from history.

In Supertraditionellt Material, we do not claim to draw a comprehensive picture of the history of folk music. Instead, we have let our gut feeling, goosebumps and artistic notion be the basis for our selection. It should be a pleasure to take part in Supertraditionellt Material, which then hopefully opens up for further exploration of the immense musical heritage we call tradition.

The music we have chosen reflects our idea of the two main pillars of folk music: the conversation and the heartbeat. We meet the conversation in the herding tunes, the finical improvisation and unexpected curves, as in Karin Edward‘s famous kulning. In the heartbeat, we find the music with pulse; dance music. The songs that, like unstoppable trains, keep moving and never break the pulse. The eternal heartbeat is the foundation of function, of life. And the pulse does not allow stagnation, it always keeps going, while retaining the memory of the beat, the step, the pulse that was before. The pulse becomes the glue in the tight interplay that we find in Supertraditionellt Material – both between Gössa Anna and Gössa Anders, father and daughter from Orsa, but also in Mats Edén‘s and Leif Stinnerbom‘s kind-hearted Jössehäradspolska.

The human need to marry the absolute mundane and sacred is a theme that we also find in Supertraditionellt Material. We hear Dansar Edward from Malung singing a blue note variant of the psalm Kvällen stundar (“The evening approaches”), which, through hundreds of years of different voices, was expanded to fit every person’s need to sing about the sacred, in their own way. But we also hear simple lullabies being sung by Margit Karlsson, straight up simple, and at the same time magnificent.

In fact, the blue notes pass like a common thread through Supertraditionellt Material. As in Frifot and Vickes Johan Persson‘s music, which indirectly becomes a musical resistance. With modernity we have organised everything from people, species and tones into given systems. But there are always things that fall between the categories, which challenge dichotomies and stiff rules. The blue notes will always clash with the Western idea of tonal precision.

As a trend changer, we find Salve Regina, an ancient Marian hymn. And we have chosen to include it because there is something in the melodic language that is nevertheless associated with the rolling and pulse-less qualities of the herding tunes. To achieve something higher through work and sound.

Supertraditionellt Material becomes the record label Supertraditional’s first release and will be a stable foundation to continue our publishing of contemporary folk music. This is where we come from, and now we are free to go wherever we want.