It all started at Radio Sweden

In the midsummer weekend of 1948, Swedish Radio directly transmitted a gathering of folk musicians from Visby. None of the personnel from the department of music wanted to travel to Visby on the Baltic island of Gotland to produce a folk music programme. Thus the assignment fell to the department’s youngest member. His name was Matts Arnberg.

His background was in classical music, and Arnberg hadn’t previously paid much attention to folk music. Yet during that midsummer weekend on Gotland he was ”delivered”. He has later told of how he wasn’t moved by the official part of the gathering, in which folk dancers and musicians performed well-rehearsed programmes. When, however, the ”bush” playing started, where the musicians were freer, he was almost stunned. ”This was music, quality music, music with substance - I had never heard folk music like it before.”

Swedish Radio’s early recordings of folk music are greatly in demand. They have been used for music research and as a source of inspiration for new generations of folk musicians. They are now housed at the Centre for Swedish Folk Music and Jazz Research. Today most of the recordings are available online - recorded from the early 1930’s to the mid-1960’s. This material comprises around 7000 recorded tunes and songs with around 800 musicians and singers.

Märta Ramsten, ethnomusicologist and former head of the Centre for Swedish Folk Music and Jazz Research, has written the article Swedish Radio, Matts Arnberg and folk music - a piece of modern-day folk music history. This is part of Ramsten’s  doctoral thesis and the texts in this presentation are based on her article. 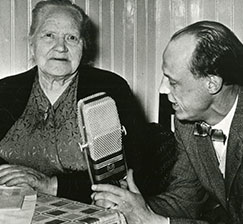 Folk music on the radio

Matts Arnberg greatly enhanced the status of folk music and let the general public hear more of it. Read more about his work at Radio Sweden!

From 1949 to 1953 Radio Sweden released around 30 folk music records, all produced by Matts Arnberg. 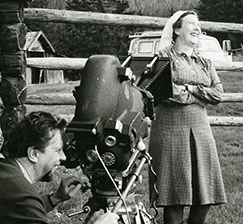 Arnberg collected material for his folk music programmes on recording journeys in Sweden and other Nordic countries in the 1950’s and 60’s. 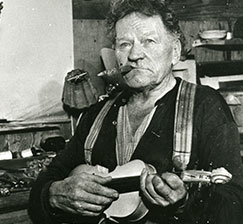 Arnberg’s personal archive is preserved at the Svenskt visarkiv. Here are some selected photos from his collection.