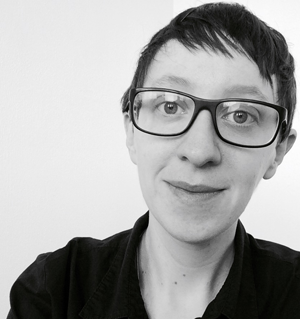 Dr. Melanie Schiller is Assistant Professor of Media Studies and Popular Music at the Arts, Culture and Media department of the Rijksuniversiteit Groningen.

She completed her PhD at the University of Amsterdam with her thesis entitled “Soundtracking Germany. 70 Years of Imagining the Nation from Schlager to Techno”, in which she researched the mutual relationship of post-war German national identity constructions and popular music.

Schiller is a member of the national board of IASPM (International Association for the Study of Popular Music). Her current research focuses on popular music and European national identities; Schlager, Kraftwerk, Beat and Electronic Music, but she is also interested in questions of pop music and gender, queer theory and aging in pop.

She is conducting the study Det är Sverige just idag – from land of the lucky to the assembly of idiots: discourses on contemporary Swedishness in popular music at Svenskt visarkiv/Musikverket.